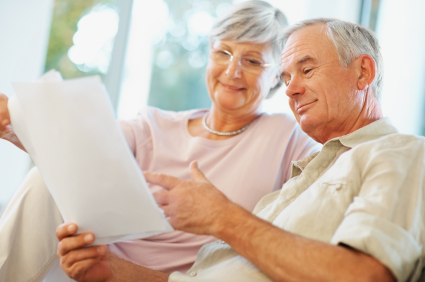 Medicare Open Enrollment is your opportunity to make changes to your Medicare coverage for the 2014 calendar year. Open Enrollment 2013 begins on October 15, 2013, and ends on December 7, 2013. Any changes that you elect during Open Enrollment will take effect on January 1, 2014. Take note that the Open Enrollment period was lengthened and moved to an earlier start date in 2011, and the new dates remain in effect for 2012: from October 15 until December 7.

Open Enrollment Periods are for people who already have Medicare coverage. During this time, Medicare recipients are able to add or drop a prescription drug plan, apply for or change Medicare Advantage or Medigap plan options, or change their current Medicare plan. Open Enrollment is unrelated to the Medicare initial enrollment period, the window of time when those who are eligible for Medicare are able to apply for coverage for the first time.

Medicare coverage is provided by the government and has four components. Part A is hospital insurance paid by the government for most beneficiaries. Part B is voluntary medical insurance. Part C is Medicare Advantage; regulated private insurance that substitutes for Parts A and B, and often D. Part D is voluntary prescription drug coverage. Most people will benefit from enrolling in Parts B and D, or by enrolling in Part C and taking out a private Medicare Advantage plan, during their Initial Enrollment Period. Opting-in to these voluntary coverage plans will ensure that you pay less for prescriptions and medical coverage should you require any in the future. Your Initial Enrollment Period begins three months before your 65th birthday.

What Should You Do During Open Enrollment?

The simplest way to make any changes to your Medicare coverage is to apply for the changes during the Open Enrollment period. As a rule, you should begin assessing your needs and options in early October, so you will be able to apply for any necessary changes by the December 7 deadline. It is better to allow yourself as much time as possible to do the necessary research. Fill out the zip code form to see which plans are available in your area!

Common reasons for switching to a different Medicare Advantage or Medigap plan include total costs, service quality, specific services covered by the plan, and adding or dropping drug coverage. Relocation will probably force a change, as some plans are state specific and coverage varies depending on your residency.

Don’t Miss Your Opportunity to Change Your Medigap Plan!

If you do not make any changes to your Medicare coverage during Open Enrollment 2013, your current coverage will remain in effect for 2014, subject to any changes in the coverage itself. In most cases, you will not be able to drop or make changes to your coverage until the next open enrollment period; those changes would then take effect in 2014. However, there are several exceptions:

KEEP IN TOUCH WITH US

Downtown Bellevue, just off I-405